We are All Creative Beings, Painting With Kara Aina

Kara Aina went to art school earning a BFA in Intaglio and Lithography. Afterwards, she focused on her family and career as an art teacher and did not prioritize her own art. She often told herself that it wasn’t her “season” to devote time to her art and that it felt “selfish” to deprive her family of the time and resources it would take for her to pursue it. Nothing could have been further from the truth. Through a series of events, Kara realized that she was not doing anything to replenish herself. She came to the realization that prioritizing art was essential to her well-being and happiness and thus, that of her family as well.

“I realized that I needed to carve out time for my art because nobody was going to give me permission or carve it out for me.” 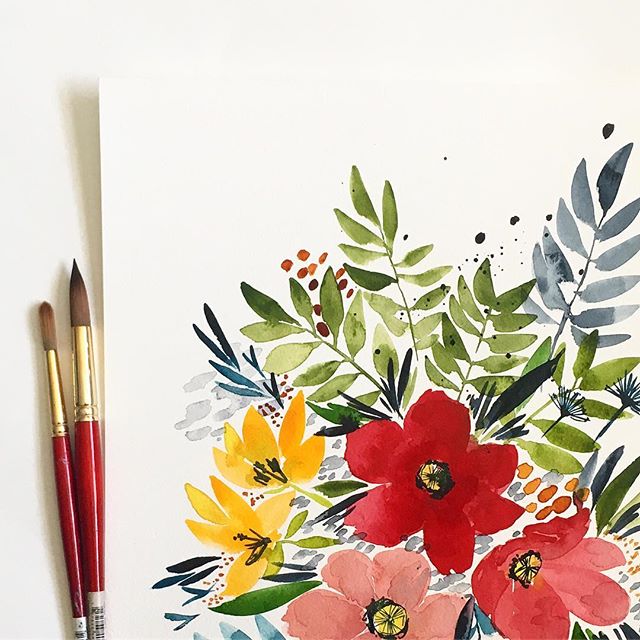 When meeting even the minimum amount of time for daily creative outlet, Kara finds that she can still be pleased because it means that she is still progressing towards something that she is so passionate about and that refuels her. For Kara, creativity is the ability to gather multiple elements (inspiration, mediums, images, sounds, etc.) and create something that wasn’t there before. Often it involves being vulnerable and it takes bravery to create elements that are meaningful, make sense of the world around us or transcend traditional ideas or rules. Creativity also takes patience, commitment and perseverance.

Kara says, "I strongly believe that we are all creative creatures in one way or another. I don’t think we can ever be the truest version of ourselves if we don’t carve out time for our creativity." 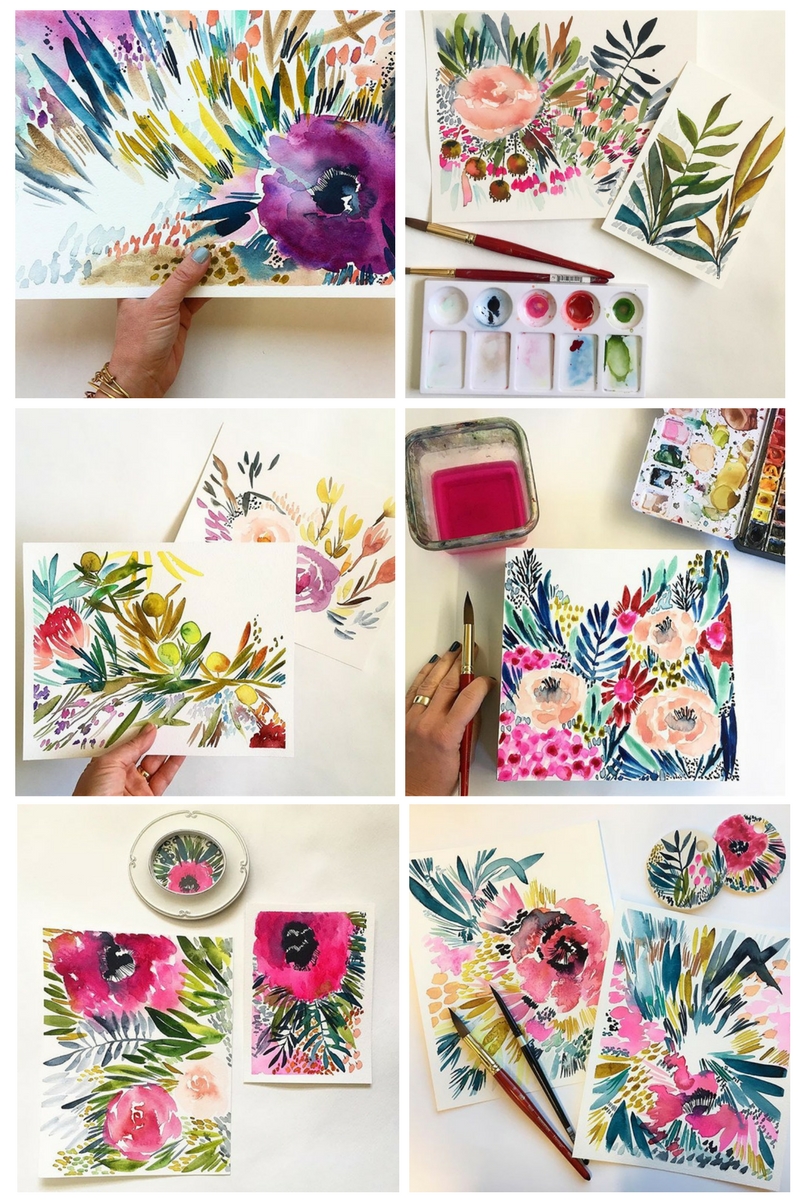 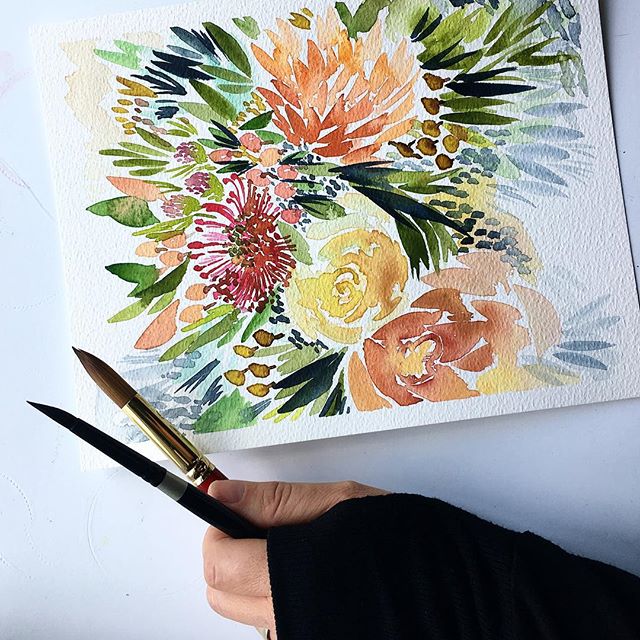 A FEW FUN THINGS YOU SHOULD KNOW ABOUT KARA AINA: 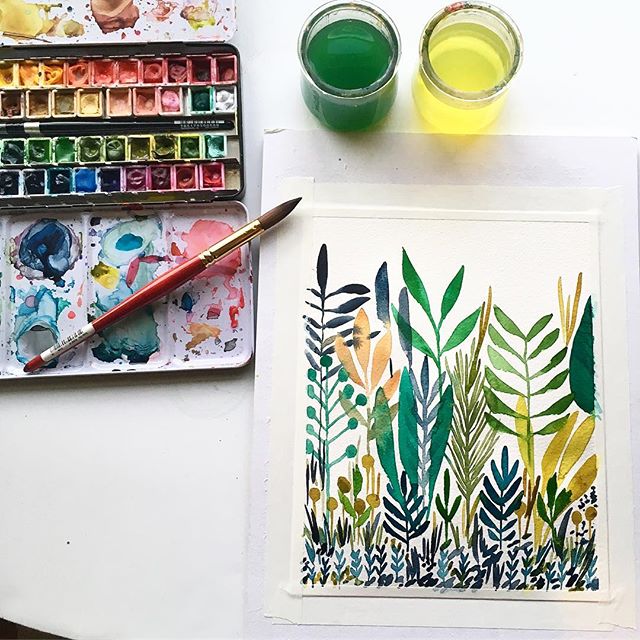 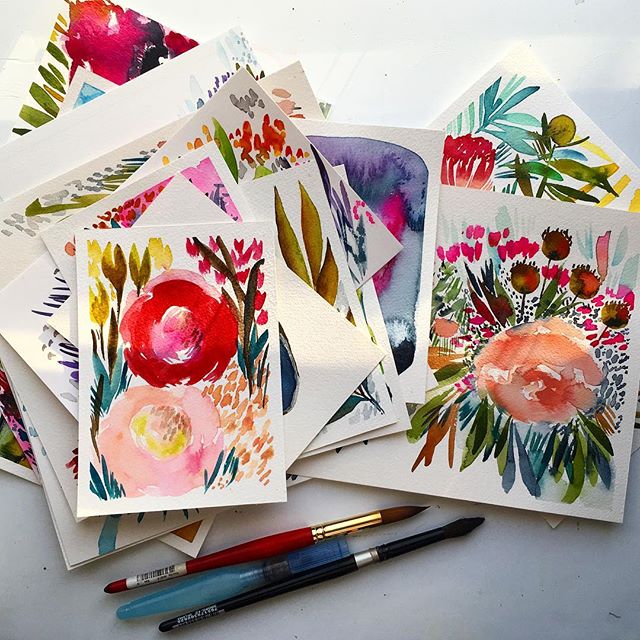 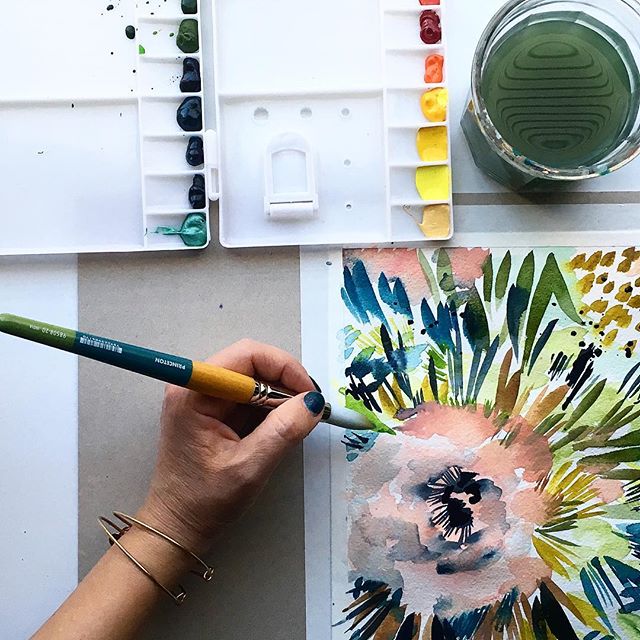 YOUR TURN: LET IT FLOW

Kara's inspiration comes from connections and interactions with nature, shapes, patterns and colors from the world around her. Each mark is a gesture of those elements as she allows the watercolor paint to flow onto her paper.

Try this - get a really large sheet of watercolor paper and let the paint flow off your brush in grand gestures and small marks until the whole page is filled with colorful energy. Don't overthink the process, just go with the flow! 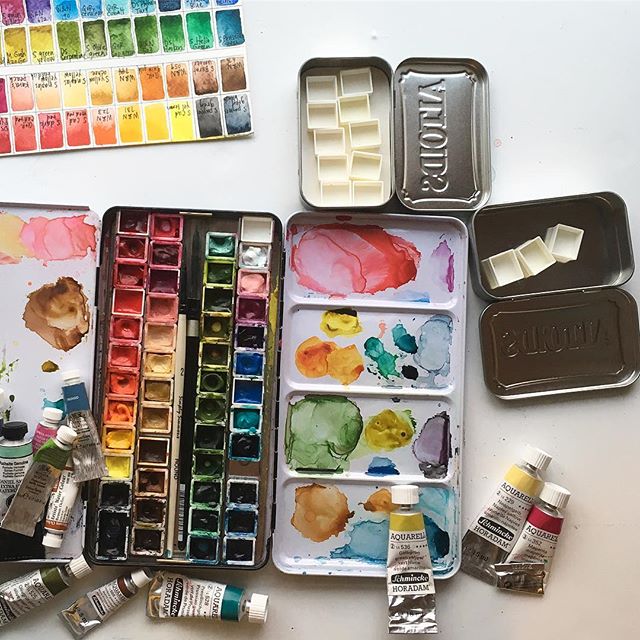 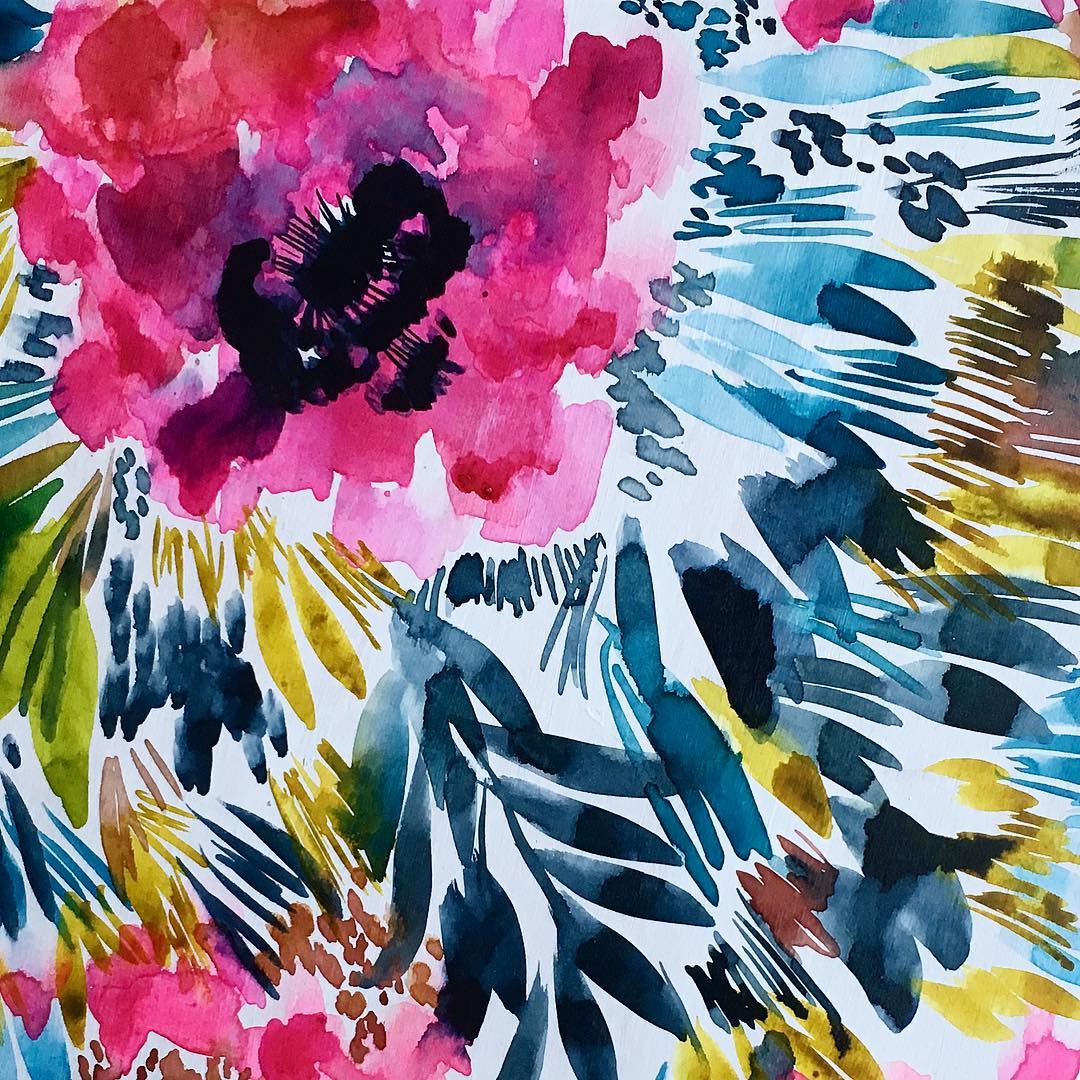 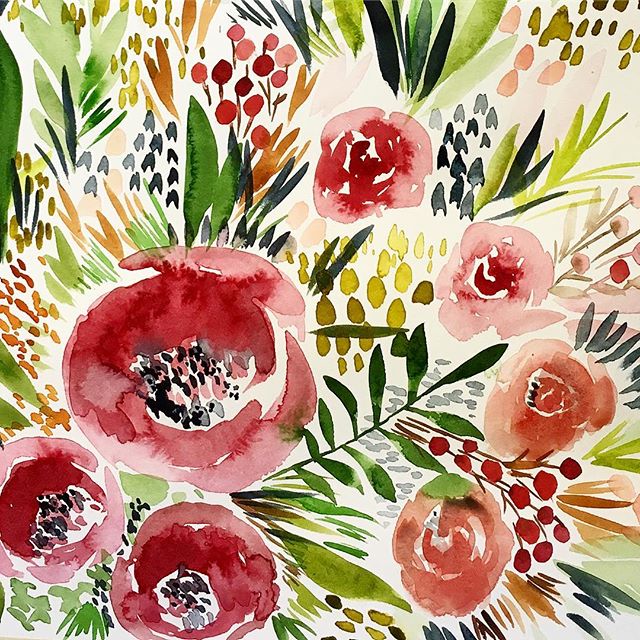 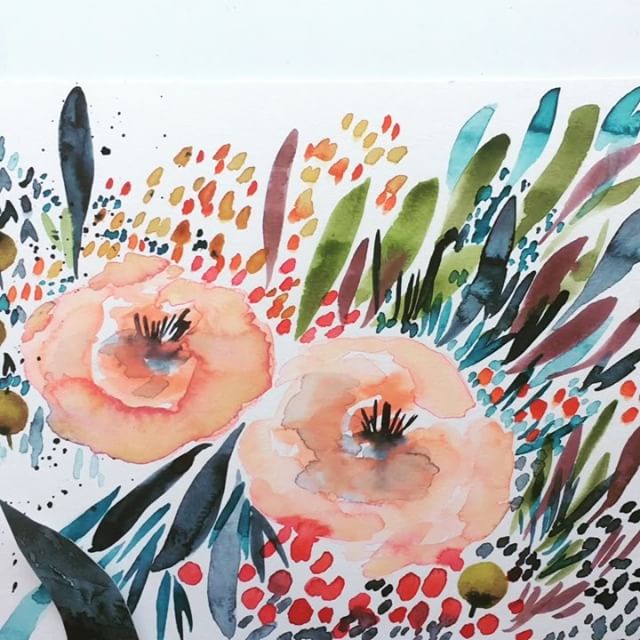 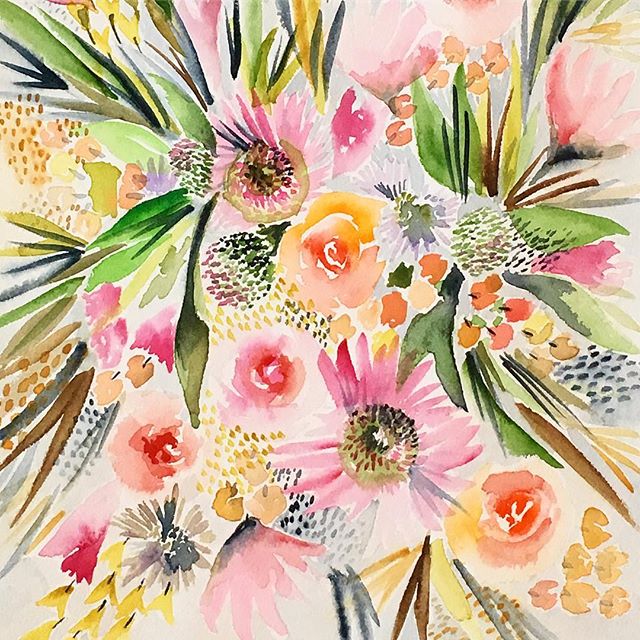 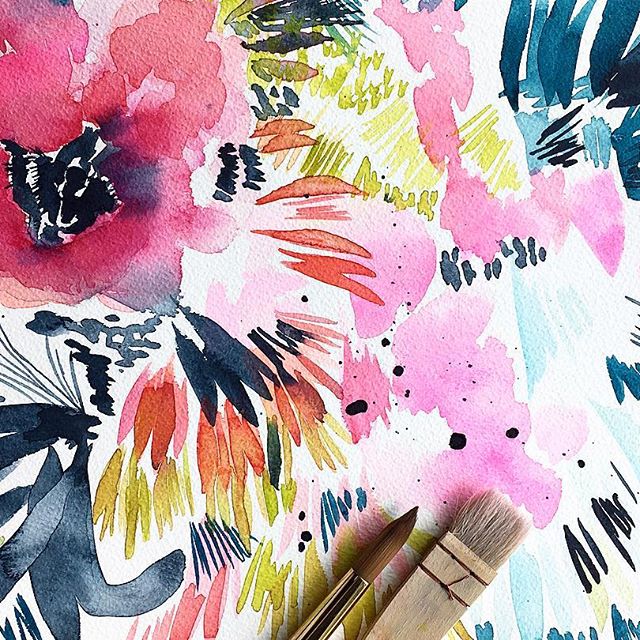 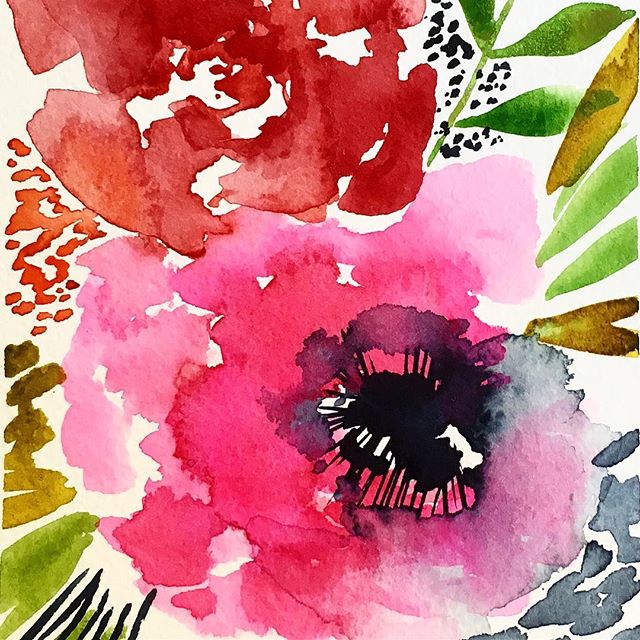